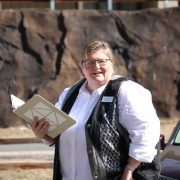 A native of Indiana, Pastor Ann Lantz has called Colorado home since 2015. Ann is the third of four generations of United Methodist pastors and is excited to be serving at the Estes Park UMC! She has earned a Bachelor’s Degree in Accounting, a Master’s Degree in Theology, and graduate certifications in Medical Ethics and Spiritual Formation.

Ann has a preaching style that blends her sense of humor with a challenging Gospel message. In addition to strong preaching skills, she is an experienced administrator and a warm-hearted pastoral caregiver.  Ann is married to Agnes Lantz, and they have a very special dog, Bella, who is Agnes’s Diabetic Alert Dog. They also have two cats, Sophie and Gracie. They enjoy reading, spending time with friends, Downton Abbey, and exploring beautiful Colorado!

Ann can be reached at pastor@epumc.org. 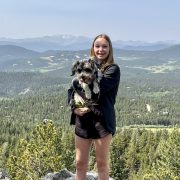 Lucy is 17 and unlike most teenagers, she is working as the Administrative Assistant and Financial Secretary. She is very grateful to have a job which carries many responsibilities. After she graduates in May, she will go to Colorado State University to pursue a degree in Interior Architecture and Design. But until then, Lucy is excited to serve our church.

She loves to go camping, paddle boarding, and spend time with her friends. She is also passionate about animals, sustainability and community service. 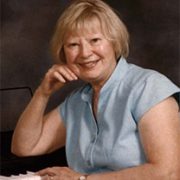 Nancy grew up in Windsor, CO obtaining her degree from Colorado State College (now University of Northern Colorado) in Foods & Nutrition.  Nancy worked for Kodak Colorado for seven years until she had her first child and then she stayed home and raised her family.

Her daughter Jill and family are in Fort Collins and son Russ and wife are in Windsor.  After they left home, Nancy worked for a CPA and temped at Kodak briefly.

At the Windsor United Methodist Church, Nancy played duets with the organist and substituted for her as needed.  Nancy likes to hike, read and she is part of the Trail Ridge Quilters who raise money for the Estes Park Medical Center. 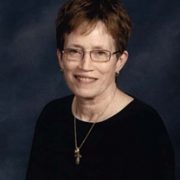 Linda was born and raised in Red Bank, New Jersey, and attended High Point College, now High Point University and obtained her degree in Music with a minor in Education.  She taught Jr. High School Music for one year and then started a family.  She served as the accompanist for the choir at the Estes Park Elementary School for 5 years and has served as our church’s Bell Choir Director for the last 10 years.

Linda has three children: Stephen in Longmont with new grandson Wilde; Darren and James live in Estes Park.  Pastimes include work, work, and work!! When there’s time, Linda loves music, reading, playing pool, knitting and crocheting, and driving her ’79 VW convertible! She is also trying to renew her interest in golf and bowling as well as playing the guitar. 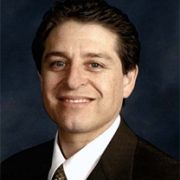 Serigo Aguilera Conejo was born in Guanajuato, Mexico, and attended high school in Salamanca, Mexico.  Sergio came to Estes Park in 1993, fell in love with the scenery, and has been a year-round resident ever since.  Sergio has a son, Jesse who loves school.  They enjoy going to the movies and traveling together. 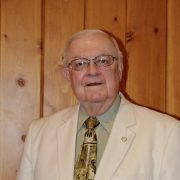 Jim’s interest in music began as a small boy in southwestern PA.  He took piano and guitar lessons for several years, played in his high school band, and sang in his church choir.  At Waynesburg University (then College), he again played in the band and sang in the choir.  He was selected as a Charter member of The Lamplighters, a choir which toured the eastern United States.  His first directing experience occurred while in college.

Although he was graduated with a degree in English, he has been active in both music and theater throughout his life.  Over a span of 40 years, he has directed music in four area churches, and was a founding member of a community theater group.  He twice served as Music Committee Chairman for Billy Graham Association Crusades in southwest PA.

Jim presently sings in the Washington Festival Chorale, and the choir of the First United Methodist Church of Washington.  The love of music has provided an adjunct career to his English classroom work.  He is also a Certified Lay Speaker in the United Methodist Church.  Jim and his wife, Ellen, have shared their love for music during their 52 years of marriage.